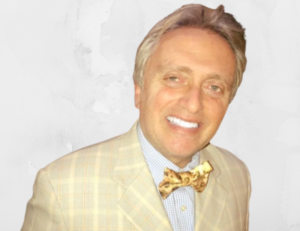 Alex Harris is a Seventh Generation Antiques Dealer from the UK. He moved to the USA in 2004 and spent 11 years in NYC developing his business. He particularly specializes in vintage high-end jewelry with a client list of celebrities and royals clients.

While in NYC he started doing philanthropic work by founding a large social media network. In NYC his charity events quickly gained widespread attention for featuring internationally famous entertainers and working with foundations such as American Cancer Society, The National Wildlife Foundation, Wounded Warriors and The Salvation Army.

In 2015 Alex moved to Los Angeles to begin a new chapter with his girlfriend Raquel Sanchez. Together they combined their networks and rebranded them to create their luxury events and social media community, Kiss The Monkeys. They have won multiple awards for their humanitarian efforts and philanthropic contributions to national and global causes from organizations such as Arts For Peace and The World Networks that recognize entrepreneurs and dignitaries from all over the world.

Kiss The Monkeys is one of the most energetic communities on Facebook featuring its diverse members and creating the events where their members cross from VR to IRL all in the name of giving back.

He inspires a World Wide Network to realize their own legacy through business and servitude.

Alex’s most important role in life is being the proud father of his two children, Angus, Alana and working with his life partner RaQuel, who are the drive behind all things he does.