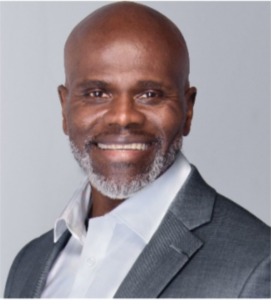 Benny Mobley grew up ashamed and fatherless in third-ward Houston,Texas. It was his strong-willed mother who inspired Benny to go to school despite constant teasing. Wanting to make his mother proud, Benny turned away from the illicit drugs which lured his three siblings into their destructive web.

Unfulfilled expectations to play football for the Dallas Cowboys, joining the United States Navy accidentally, and deciding against suicide in one critical moment, Benny Mobley has learned how to be the best version of himself in every circumstance. A divorce in 2000 brought Benny to his knees, and Jesus Christ set him on a new path which included a new career nearly 14 years later.

Benny Mobley is a professional body-building champion, a professional model, Washington State certificated public speaking consulting LLC, and owns Better Body Total Fitness where he coaches clients to achieve their health and wellness goals. A father of two daughters and two grandsons, Benny Mobley’s message of self-acceptance and determination appeals to audiences both young and old.