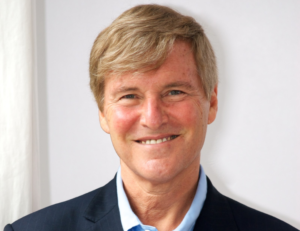 He is often credited as the real-life inspiration for the Oscar-winning film Jerry Maguire. Leigh has represented many of the most successful athletes and coaches in football, basketball, baseball, hockey, boxing, golf, etc., including the number one overall pick in the NFL draft an unprecedented eight times in conjunction with 64 total first-round picks.

Furthermore, Leigh has represented other notable athletes, including Oscar De La Hoya and Lennox Lewis, as well as multiple Olympians and professional teams. With an unrivaled history of record-setting contracts, Leigh has secured over $4 billion for his 300+ pro-athlete clients and directed more than $1 billion to various charities around the world. Before making a name for himself in the sports industry, Leigh was born and raised in Los Angeles by his parents, a teacher, and a librarian.

He obtained both his B.A. in political science and his J.D. from UC Berkeley, where he was student body president during each tenure. Passionate about giving back and making it his unrelenting personal goal to make the world a better place, Leigh has also distinguished himself by his dedication to philanthropy. He has received commendations from Congress, State Senate, State Legislature, the Los Angeles City Council, the Orange County Board of Supervisors, President Reagan, President Bush, and President Clinton. Leigh has been named “Man of the Year” over a dozen times by a variety of groups, including the March of Dimes, Cedars-Sinai, the Southern California Boy Scouts, the Orange County and Los Angeles Human Relations Commissions, the Orange County and Los Angeles divisions of the Anti-Defamation League, and several other professionals and charitable organizations.

He has also been awarded the “Keys to the City” in San Francisco, CA, Memphis, TN, Jacksonville, FL, and Concord, CA, and has even been honored with the declaration of “Leigh Steinberg Day” in San Francisco after his efforts to save the Giants. In 2017, Leigh was inducted into the California Sports Hall of Fame.

Over the course of his career, Leigh has been featured on numerous national television programs,
including 60 Minutes, Larry King Live, The Today Show, Real Sports with Bryant Gumbel, Frontline,
Lifestyles of the Rich and Famous, and many more. He has been profiled in a host of magazines, including Business Week, Sports Illustrated, ESPN the Magazine, People, Forbes, Playboy, GQ, and FHM. Leigh has also served as a consultant on several feature films and television series, including Jerry Maguire, Any Given Sunday, For Love of the Game, and Arli$$. Additionally, he has supplied his expertise on the business of sports and athletes for The Dan Patrick Show, The Jim Rome Show, and The Herd with Colin Cowherd, and multiple other radio and TV outlets. Leigh contributes a weekly column to Forbes, HuffPost, and the Daily Pilot and is a guest columnist at The New York Times, Sporting News, and Yahoo Sports.

In addition to his work in the industry, Leigh is also a best-selling author. His first book, Winning with Integrity provides insight on how to improve life through non-confrontational negotiation, and his most recent book, The Agent: My 40-Year Career of Making Deals and Changing the Game, details his decades of dominance in the sports industry and sheds light on overcoming his personal struggles to launch his comeback. Leigh has been named one of the most powerful people in the NFL by Football Digest and one of the most powerful people in sports by Sporting News.

He currently resides in Newport Beach and has three children.