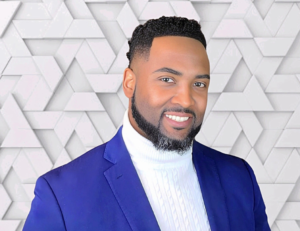 Orrick R. Quick, Sr. is the proud owner of Oak Tree Publishing LLC. Orrick has devoted his entire life to helping others bring their thoughts and ideas to life whether on stage, in a book, or musical album.

Oak Tree Publishing has worked with countless authors, speakers, and artists to manifest the desired dreams of their clients. Orrick has overcome multiple obstacles in his life such as two deadly car accidents, (which left him fighting for his life in a coma), being physically blind, brain damaged, confined to a body cast for 13 weeks, and has learned how to walk over twice before the age of 15 years old. Also, Orrick experienced the devastating event of his Mother dying in his arms at the age of 15 years old. Orrick would then fight through the diagnosis the doctors’ placed on him as a child. Graduating from North Carolina State University and earning his athletic football scholarship with a Bachelor’s Degree in Sports Management, was one of his greatest achievements.

Orrick’s mantra is “Never allow your past to have a meeting with your future without your potential being present.” “Your greatest disappointment in life will not be that you didn’t succeed but that you failed to try.”

Orrick has made major discoveries that we are not alone. Having numerous encounters with the spiritual world has left Orrick fully convinced that there is a creator and this creator desires to communicate with its creation. Guided through numerous near-death experiences, Orrick has physical proof of these creator conversations. Creator Communication has become ultimately the GPS for his success. His Passion is to teach others “Creator Communication” so they too can live and fulfill their uniquely designed purpose. As a result of Creator Communication, Orrick Quick was a TV Co-Host for the FOX Daytime talk show, “The Preachers.” Orrick Quick was a featured guest on the Dr. Oz show twice and appeared on the television show, “The Real” showcasing his Forever Candles.

Orrick Quick is a trailblazing motivational speaker, life coach, and mentor who has been married for 15 years to his lovely wife Ashley. They have 4 children Victoria, Kennedy, Taylor, and Orrick Jr.